I threw some posts together and was gonna put them up tonight, but I still have to edit them and kind of tired so yeah…………….. Will have some good ones up tomorrow for the 1st. Goodnight all. (Zzzzzzzzzzzz)

My prayers have been answered! It was recently announced that NISA is bringing Black Rock Shooter The Game over to the U.S. I’m already buying the Japanese version though because they are getting The White Premium Box that comes with cool stuff, but I will also be buying the English version when it comes out too; you know, so I can actually understand the game fully lol. Either way, I’ve decided to celebrate with some BRS trailers and pictures. Enjoy! =^_^= 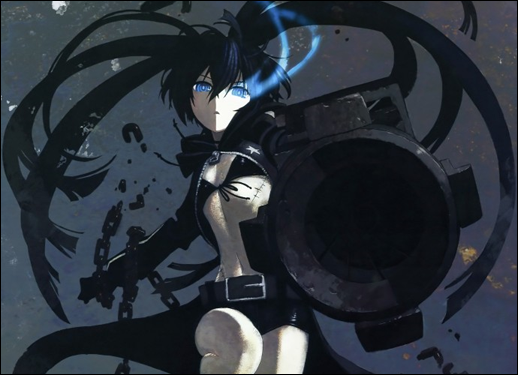 This is the first manga post I’ve done since starting this site, so lets make this a good one. END_OF_DOCUMENT_TOKEN_TO_BE_REPLACED

What Games Are You Looking Forward To?

As we know, a lot of games have been announced for the upcoming future maybe later this year or the next. I’m looking forward to quite a few games myself but also wanted to know what games you are looking froward to as well? Be they console or PC, start naming away. Just make sure we know which platform they are for lol.

There hasn’t been a release date yet, but I think a game of this caliber will most likely get localized.

On October 4th, I invite you all to die with me.

After many years of use my Zune finally died, and with Microsoft announcing that the Zune is discontinued I decide to go with an iPod Touch. On the iOS market there is a game called Imaginary Range by Square Enix which I highly recommend if you have an Apple (Insert Name Here) product. Imaginary Range is a interactive manga game in full color like no other. From its unique story, likeable characters, mini games, and vivid artwork there should be something for everyone to like about it.

Ah, now that all the preparations at work for the fall have been completed hopefully I wont be so tired. You can expect posts to come a little more frequently now ^_^

This year alone there have been a lot, and I mean A LOT, of shooters that were developed. A shooter is nice every once and a while but this year was just excessive. This is actually a topic I’ve wanted to do for a while and this video perfectly explains the thought process behind the gaming industry at the moment, and how everything is bland and unoriginal.

Dont worry, I’m still gathering more interesting topics but for now here are some of the games on my buy list for Fall 2011:

Thats all for now, but who knows what they might announce before the year ends. I use Amazon.com to order my games because they are simply amazing, but I sometimes use another source if its cheaper. That rarely happens though lol.

Yeah, I know its been a while since I’ve posted so I’m gonna get right into the topic. Despite being a little busy, video games have contributed to my non posting as well. So here are some of the PC MMORPGs that have been keeping me busy.

Also, the two MMORPGs I’m looking forward to are:

For those of you who are curious I will post the links to the games soon. Those who play any of these games feel free to ask for my character names and add me if you wish.

Yeah, I know its been a while since I’ve posted something so I just wanted to tell you not to give up because there will be more soon.