No I’m Not Dead And Have An Important Announcement

Alright then. Figured I’d do this sooner than later.
Because of the whole issue going on with YouTube (LOOK IT UP. IT’S IMPORTANT AND AFFECTS MANY), I myself am moving to BitChute along with many others. This time around things will be different though.
I will NOT be uploading any music to my BitChute channel. It will be just for gaming, anime stuff, and announcements. While there may be music related announcements, no tracks will actually be uploaded there. Both Soundcloud and Bandcamp will still be the homes for my music.
The visual quality of the videos on BitChute arent the best right now as it’s still in development and needs an upgraded player, but they did say they are working on it and plan to release one in the near future.
YouTube’s new policies make it an unsafe platform for those who create content as you can loose your channel (They can delete you anytime for any reason they like pretty much), Google account, and possibly be heavily fined. The government and FTC have a hand in this whole operation and come this December is when the new terms and policies go into full effect.
With that said, I’m starting from scratch on BitChute and it will suck for a while, but I’d rather have a place to post the content that “I” (and others) like then not have a choice at all and make everything “kid friendly” (Which is not limited to any one genre or type of contents) like YouTube wants.
For those who like my visual content, thank you, and bare with me as BitChute should get better with time. I will provide all my main links below for those who want them:
My Soundcloud: https://soundcloud.com/azurenova
My Bandcamp: https://azureillustrations.bandcamp.com/
My BitChute: https://www.bitchute.com/channel/0DFBrSlznHzF/
My Twitter: https://twitter.com/AzureNovaOST
My Facebook: https://www.facebook.com/azure.nova.5
My WordPress: https://epiclyamazing.wordpress.com/
My DailyMotion: http://www.dailymotion.com/azurenovamusic
My Youtube: https://www.youtube.com/channel/UCA3wO2VqsFPBxbg4_jQSDyA

Bringing back EpiclyAmazing. Music, gaming, anime, and all that good stuff. Starting off with Hellfire, Nova’s back.

Just wanted to let you guys know that I finished recording the audio for my Winter 2018 Anime Picks, and the video will be up sometime this week.

It’s Friday so I thought I’d check in real quick.

What’s up everyone? Hope everyone is doing well. Recently I dropped Mugshot & Piano Solo which are just some of the many tracks I have to release. I intend to release them at a steady pace so you’ll always have something to listen too. I also have two projects that are completed, but it will still be a bit before I get them out to you all due to other circumstances that I will mention in my upcoming Azure Update among other things as well.

That’s all for now, but as always thanks for listening and stay tuned for more.

It’s been a while so I thought I’d drop off some presents. Merry Christmas.

No I’m not dead. Just playing the Hell out of .Hack G.U. Last Recode. 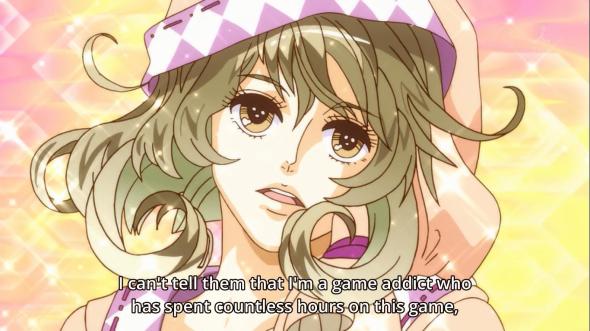 Today Is My Birthday! Here Have A Present =^_^=

Happy Birthday To Me Lol! Enjoy!

Lets get those plays up there!

Welp, looks like I’m not allowed to die anytime soon lol. Senran Kagura producer’s new studio Honey Parade just announced 5 new games which include a Nintendo Switch game, a Smartphone game, and even a remake of the original Senran Kagura game which was on the 3DS, now for the PS4. A second season of the anime was also announced. AzureNova is happy to be alive to see this day lol. Also if you haven’t realized by now, AzureNova is back.

The articles hilighting all the Senran Kagura news for AUGUST 1st can be found in the link down below. Thank you Niche Gamer:

Also here, have some pictures:

AZURENOVA WILL RETURN IN AUGUST WITH SOME “HEAT”

Will return in August. Accessing a few things that I want to do regarding my music, website, video games/livestreams, etc……., and just need to take a break and step back from a few things.

Sorry to make you all wait, but I’ll return soon with something good.

Posting on E.A. will pick up now that I’ve sorted out my time accordingly and E3 2017 is right around the corner. Epicly Amazing is going to be great again lol.

ME THE WHOLE TIME DURING THE FINAL FANTASY XIV STORMBLOOD LIVESTREAM.

So tonight I’ll be streaming even if it kills me. Yesterday I was drained because of Mother’s Day activities as I stated before.
In an earlier post I asked if I should buy Mirror’s Edge Catalyst as I would stream it as well. Opinions were mixed on the issue. Some said yes, some said no the game wasn’t too good. With that said let me explain my though pattern on my decision.
Since the opinions were mixed, I did decide to pick up the game as I would have to try it for myself to make a decision. The first entry in the series wasn’t perfect, but it was enjoyable. Also at Comicon 2015 I was able to play an early demo of Catalyst and it was fun back then. Of course this wasn’t the complete project so I couldn’t full judge it. I’ll be going into Catalyst with an open mind as it’s reboot and not just a remake of the first game.
Now I know some of you are thinking,
“Hey Azure, what was the point of this post? Stream and play what you want to play etc, etc….”
Yes of course I’ll be doing just that, but here’s the thing. I’d like to stream things that you guys actually want to see too. What’s the point if neither one of us is enjoying the game lol? You guys can tell me what or what not you want to see or are enjoying on my channel. Don’t be shy. Nova isn’t going to bite you lol. Per one of my close friends I’ll even be streaming some Gal Gun gameplay lol.
Idk, just some thoughts I wanted to get out. More AzureNova stuff on the way.

I hit 800 subs on Soundcloud. You know what that means right? More free music on the way =^_^=

AzureNova Will Be Back After These Messages

I will be continuing the Digimon Cyber Sleuth livestream on my next day off. I’ll keep you guys informed. Thanks for waiting.

First of all, HAPPY NEW YEAR EVERYONE!

Music will be plentiful in 2017 from AzureNova like I had originally planned. Last year some things happened, and I mostly saved my music for projects. That won’t be the case this year though. There will still be some projects this year, but less saving music for projects and more single releases.

Many people ask me this, but I don’t really have a specific genre for my music. If I had to choose one I would say it’s Abstract. I like to try to mix all kinds of sounds and bring them into my own style. I’ve been working on a lot of originals lately, but this year I will be getting my remix/sample game on hard of anime, and video game music like when I first started uploading.

Last but not least (If you felt like reading this far lol) thank you all for listening and I hope you enjoy this journey with AzureNova into 2017 and many more years to come.

Hope everyone had a good one, and wanted to say Merry Christmas one more time before the night ended.

Again, my plan is to start streaming around 3PM EST on YOUTUBE. Music will be out before then though. Will post any changes to this plan.

Uploading an important video about livestreaming. Will be out in a few

In case some missed it.

Livestreaming This Sunday the 11th

I plan to livestream this Sunday for those who’d like to watch. I’ll announce what I’ll be streaming this as we get closer to the date.