Compile Heart let loose a new trailer for a new IP and it looks absolutely awesome. It seems they’ve taken their staple battle system and tweaked it a bit as well as some upgraded graphics, and came up with this. The music sounds very nice as well. Dead End re;Quest also looks to have a more serious undertone which fits nicely too. From the looks of it the game is set to release in March 2018. I’m sure more information will come out about the game as time goes on, but for now enjoy the debut trailer below.

Life is now complete. Our Goddesses are now in VR.

Compile Heart does it again! Not that I’m complaining ^_^. The song in the video is pretty fun, and the synopsis for the story can be found here.

Come on Idea Factory International. You know what needs to be done lol

One protagonist, 5 heroines. One of the heroins is a traitor. The traitor will change every time you play through the game. I am excite. 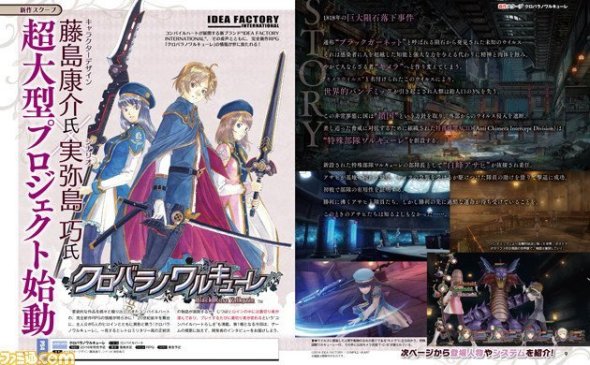 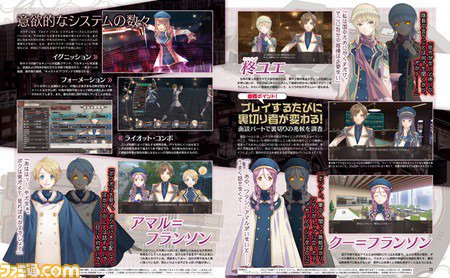 Fell in love with her instantly. And that music!

Hyperdimension Neptunia and SEGA Hard Girls have a crossover game that comes out on Novemeber 26th in Japan for the Playstation Vita. Check out the videos below for the opening move and some gameplay:

Hopefully we get a Western release date for this one.

English trailer for Fairy Fencer F. Some of the voices are not how I pictured them to sound, but I like what they did. Fairy Fencer F comes out September 16th in North America this Fall.

Omega Quintet, Compile Heart’s first PS4 game, originally scheduled to be released September 8th will instead be released on October 2nd in Japan. I believe we’ll hear a localization announcement for this one though since it’s Compile Heart that made it.

Omega Quintet Has A New Trailer!

Compile Heart released a new 6 minute trailer showing off more of the game. Omega Quintet will be out in Japan on Spetember 18th, on the PS4.

Planet Destroyer Black Heart is coming out May 29th in Japan.

Monster Monpiece Coming This Spring To North America And Europe!

When I saw this news I was just like O_O! lol

Yes Monster Monpiece. The Compile Heart game where you pinch, touch, and rub monster girls is getting localized this Spring lol. It will be available as a download on the PSN. In case you were wondering what the game is like, its a card battling game with RPG elements. In order to localize the game Idea Factory and Compile Heart had to censor some of the card images due to their “Strong sexual nature” apparently. The cards themselves haven’t been taken out of the game, it’s just that some images will be limited to their level 1, 2, or 3 evolution form image. Even though I hate censorship in general, I’m still going to get it simply because I want to play the game, and IF made it clear about the changes in the statements which I posted below. It’s actually a miracle that we’re getting this kind of game at all lol. Here is a list of the cards which have been changed:

*NOTE: THE LIST BELOW SHOWS THE ORIGINAL JAPANESE CARDS NOT THEIR CHANGES. ONLY THESE CARDS WILL BE CHANGED AND THE REST OF THE GAME WILL BE INTACT IN ITS ENTIRETY*

Here are 2 statements from Idea Factory explaining things. Their original statement, and one response taken from the IF forums in response to a customer to clarify things:

Here is the list of Monster Girls whose images have been limited to that of their level 1, 2, or 3 evolution form due to the strong sexual nature of the card images: Vampire, Kraken, Goblin, Cockatrice, Kobold, Skeleton, Titania, Bahamut, Fia, Brownie, Pegasus, Mandragora, Mau Sibau, Rafflesia, Death Scorpion, Phantom, and Tengu.

We fully understand that there are needs and demands for the complete version of these games. Our intention and motivation is to offer Idea Factory titles in a form that is as close as possible to the Japanese versions. This was a tough decision, but we would greatly appreciate your understanding and support.

Thank you very much for taking your time to contact us!

To
answer your question, the number of censored cards are about 40 cards out of approx. 350 cards. So, more than 300 cards are intact from the original images. Please note that none of the stages, ability/stats and
Monster Girls character has been cut off, but replaced these higher
level monster girl images with the “less exposing” lower level version
of the corresponding monster girls.

We hope this will make your concern clear

Again, thank you VERY much for your kind support!!!

Hell yeah! Fairy Fencer F came out today and it shipped 100,000 copies. With this news I’m sure that the game will be localized sometime in the near future.

This mad scientist is was my favorite character when she was first announced, and she still is =^_^=

Fairy Fencer F will be released October 10th in Japan.

Looking really good. My Vita will be happy lol

A Trailer For Our Leading Lady Of Fairy Fencer F (Tiara)

Looking forward to the localization announcement of this game =^_^=

Our Leading Lad (The Protagonist) Of Fairy Fencer F (Fang)

So looking forward to playing this game =^_^=

Monster Monpiece is a new card game from Compile Heart that turns mythological creatures into monster-girls. Dengeki Playstation stated that pinch, rub, and poke are keywords for the game and now we see why lol. Hopefully NISA will localize this soon =^_^=

Yes that’s a She playing the game lol