Freakin love this trailer! Looks like we’ll be descending into madness once more. The first one was just alright, but this one looks amazing.

Black Desert Coming To Consoles! Launches On Xbox One X First As A Timed Exclusive!

They’ve finally done it. Pearl Abyss and Microsoft announced that Black Desert is indeed headed to consoles this Fall starting with Microsoft’s console. We don’t know when it’ll hit the PS4, but it’ll probably be sometime next year.

Whats that? Terry Crews you say? This trailer was cool.

Looks much better than the other Metro games, and guest stars Manbearpig lol 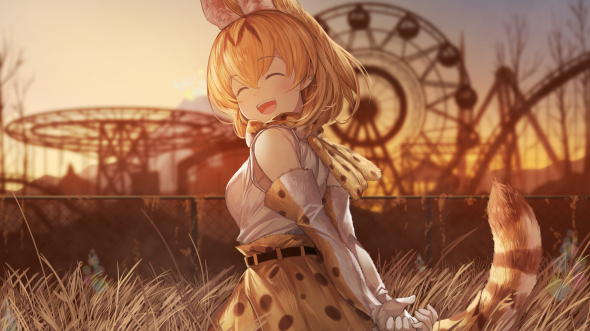 Hello everyone. AzureNova here. How’s your day going? Good? Bad? Well I have an announcement that just might be to your liking.
AzureNova is going to have fun with this one.

I’m looking for those who like making AMVs (Anime Music Videos).

The theme for this AMV comes from a recently created track titled “Friends”, inspired by the anime Kemono Friends.

Those who take on the task of making the AMV will not only receive my unreleased and unheard “Friends” track to use for the AMV, but can also choose any track(s) of their choosing to keep out of my released tracks even if they aren’t downloadable. (Will explain more in detail below)

Of course I want everyone to have a good time with this, but here are the rules as follows before I send out the track:

1. Provide a link to your YouTube channel or other video site where you have other AMVs you’ve created. Basically I’d like to see your other works not to judge, but to confirm you actually make AMVs. I WILL NOT SEND OUT “FRIENDS” UNLESS I CAN CONFIRM IT IS YOUR CHANNEL OR VIDEO(S) THAT YOU’VE MADE. (Sorry for the all caps rage lol).

2. I would like to see the Kemono Friends anime used for the AMV, but you may use any anime of your choosing. HOWEVER, if you do use Kemono Friends you may choose not one, but two tracks to keep as well as the “Friends” track itself.

3. Chosen tracks to keep will be sent out after the AMV has been completed and you’ve sent me the video which I will be posting on my Youtube channel and other sites. Of course I will be giving you credit as the creator of the video, but will not mention you in the description if you don’t want too. Also, you may post the video on your own outlets if you wish to or not.

If anyone has any other questions feel free to comment and ask me here on Facebook or any of my other outlets.

Have fun with this, and spread the word if you have any “Friends” that you think may be interested in doing this and getting their skills out there. See what I did there lol