Soul Worker is finally going to be published in English! I’ve been following Soul Worker since it’s release in Korea for a few years now, and now we’ll be able to play it ourselves soon as well. This news goes hand in hand with Closers Online also being released in English as well. The beta for Soul Worker is supposed to start sometime in Fall 2017. Out of the two I was actually looking forward to Soul Worker a little more because I’ve both seen and heard that it’s combat is one of the best in an online MMO being fast and fluent as well as looking very nice. Looks like we won’t have long to wait before we can get our hands on it ourselves and enjoy. Check out the trailers below:

They look awesome. I can’t wait to main Samurai.

I played in the first closed beta, and plan to do the same in the second on February 18th. With this launch announcement I am excited.

For anyone who has a gaming PC and wanted to play Blade & Soul. I only have one, so it’s first come first serve. Here it is:

If you need help applying the code, use this guide here: 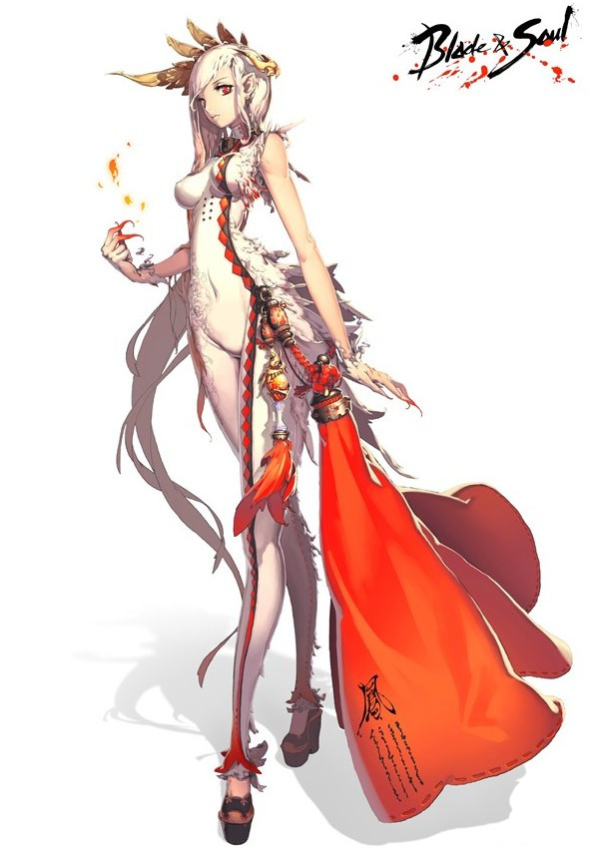 Blade & Soul Getting A Major Update This Winter

I’m currently in the North American Betas for Blade & Soul, and I can tell you that the game is amazing. A new trailer was released showing a new major update, and a new class as well. Since the game will finally be released in English, you can bet that we’ll get this update eventually too.

So after years of not playing Dragon Nest I was compelled to go back and try out Lancea. I think you’ll see why lol.

I’ve been playing with her for the past few days actually, and having a good time.

The actual benchmark to test your PCs doesn’t come out until tomorrow the 27th, but this trailer shows a lot of the new features and areas in the Heavensward expansion coming up. It looks amazing.

So hyped for this. Hope we get that localization announcement soon. Drgon’s Dogma Online is scheduled to come out sometime this year in Japan.

Ghost In The Shell Online

Yup, it’s a shooter. But not just any shooter. A Ghost In The Shell MMO shooter. Now that doesn’t mean that it’s going to be epic or anything, but I hope Nexon NA decides to localize it because I want to give it a try. I love the Laughing Man reference by the way. Too funny lol.

Closers and Peria Chronicles for me. Ghost In The Shell looks okay too. The other games look alright lol

ArcheAge is a new F2P MMO (Free To Play) coming out very soon. Open Beta actually starts on September 4th, Head Start starting on the 12th, and the game actually launching on the 16th. I’m currently playing FF14 ARR as my main MMO, but I’m also going to check this out since it’s F2P. It’s a standard “Tab to Target” game, but it’s free so what have I got to loose. Now what got me interested in actually trying it out you ask? Well this First Look video review from MMOHuts is the reason. I think he did a pretty good job of showing off and explaining things in the game. You can check out the video below and decide for yourself if the game is for you or not:

Was known as Project Black Sheep, but they changed the name.

Vindictus Has A New Character, Arisha!

Anime inspired Onigiri is in English Closed Beta until the 12th of June. The MMO is out for both PC and Playstation 4 in Japan while only coming out on PC so far in North America. I have the game in Japanese on my PS4, but also played the English version as I can actually understand it now and enjoy it more lol. Onigiri is nothing too special gameplay wise, but I do like the characters and overall setting of the game. The story seems pretty okay too. The series also has a web comic which can be found through it’s official site. Onigiri may not be the best MMO out there right now, but it feels fun to play every once and a while. Check out the official site here where you can download the game and try it out for yourself:

I’ve been keeping an eye on this for a few years now, and I have to say it’s looking really good. Here’s the latest 2014 gameplay trailer:

It looks really good, and I’m happy we’ll have more features and things to do in game.

My Opinion On School Work, And What I’m Currently Playing

It sucks lol. Anyway, the games I’m currently playing are:

Lightning Returns – About half way through the game (50%)
Tales Of Graces F – Like 85% complete
Killer Is Dead – 90% (Was playing this together with friend. We haven’t hung out in a while so I put this on hold lol)

Senran Kagura Burst – I already beat the Hanzo side with 100%, and have been playing the Heijibo side which I am 70% complete with. So this will be done soon.

Final Fantasy XIV: A Realm Reborn – Looking forward to the 2.2 Leviathan update soon =)
Aura Kingdom – It may not be the best MMO, but it’s fun to play every now and then lol

Someone recorded the event that took place earlier today going over the future content to come in the 2.16 and 2.2 updates.

*There is a slight delay between the subtitles and the video, but still excellent videos regardless* END_OF_DOCUMENT_TOKEN_TO_BE_REPLACED

A Plan For The New Year / Upcoming Posts

New year, new beginnings. I know my posts have been somewhat slow, but I plan to change all that soon. I really want to get back to my site, and making it a place where people can enjoy posts having to do with anime, video games, music, etc….. With that said I’ll be getting back to doing video game reviews, posting music, and yes my Winter 2014 Anime Picks will be out soon. I believe I’ve finished watching all of the new anime that has come out this season last night so now I can get started on my picks. As for video game reviews I haven’t been able to do any simply because I really wasn’t playing any console games for a while. Final Fantasy XIV: A Realm Reborn as well as some other MMO’s had taken up most of my gaming time. Why not do reviews on those games? Well because there are many sites who do reviews on MMOs, there aren’t man sites does reviews on certain games that aren’t company based, I guess I can say lol. I’m just a normal gamer like all of you sitting in my room playing these games so I can say and feel certain ways about games that others can’t sometimes lol.

I’d also like to announce that I’ll be headed back to school this year too. Yay me lol. While going to school and work take up some time as well, most of it was due to the MMO playing =P. So even though there many be some dry days, I’m definitely going to keep up posting still. I’ll be getting back to console gaming this year too as there are many games I still have to beat and want to review as well. I will be doing reviews on some MMOs too in case you were wondering lol.

Alright then. That pretty much sums up my thoughts and feelings for this year at the moment so I hope you all continue to visit here and lets have a wonderful new year =)

Here’s How The Controller Works In Final Fantasy XIV: A Realm Reborn

Final Fantasy XIV: A Realm Reborn’s Beta started yesterday, and here is a demonstration of how the controller functions in the game.

I’ve never played Neverwinter in my life, but I thought the trailer was great so I thought I would share.

TERA Free To Play As Of February 5th! (Tomorrow)

That’s right. The Exiled Realm Of Arborea, or TERA, is going free to play tomorrow on February 5th under a new name, TERA: Rising. I am very happy with this new model because the game is really good. The best thing about this change is just that. They changed nothing so no content was changed at all. New content however was added so we still get the same exact game, and more, but now for free. There is still a cash shop, but In no way is it pay to win. It’s mostly just cosmetics and mounts.

If you were curious about the game before, but just didn’t feel like paying, now you have no excuse lol. Out of the MMOs out there right now, TERA is one of the better ones. So go try it out.

All information can be found here on TERA’s official website: TERA