This weeks episode of Sword Art starts off with our favorite couple still enjoying their time off from the front line, and fishing lol. This all changes when they are suddenly called to investigate something though. Things get pretty serious towards the end, and that’s all I’ll say on that for now because I don’t want to spoil anything more.

Since this Anime Of The Week is kinda late I’ll treat you all to lots of pictures. 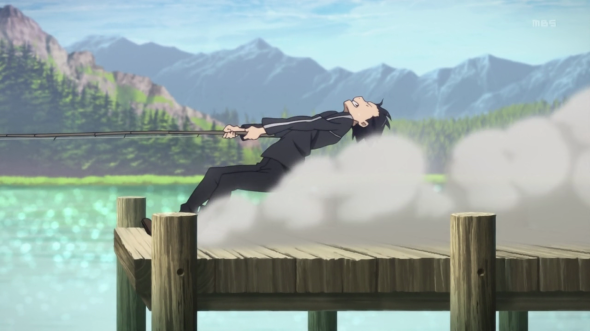 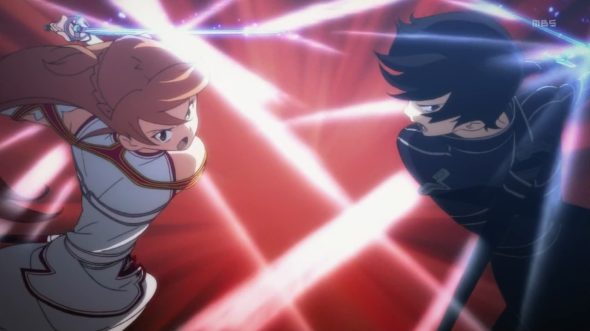 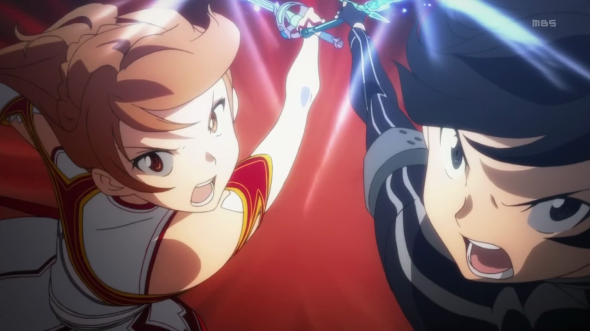 Muv-Luv also gets anime of the week this week because it was a damn good episode and Yuuya is the freakin man. Yuuya Is Legend lol =P

This weeks episodes were really good, and Sword Art, Campione!, and Muv-Luv made it all the better. There are quite a few pictures this week as well =)

Sword Art Online gets anime of the week because of dinner with Asuna, it looks like we found another villainous type character who will probably be a problem in the upcoming future (Seriously, he’s a dick lol), and Kirito and Asuna kinda get themselves into a situation at the end that doesn’t look like it will be an easy task to overcome. 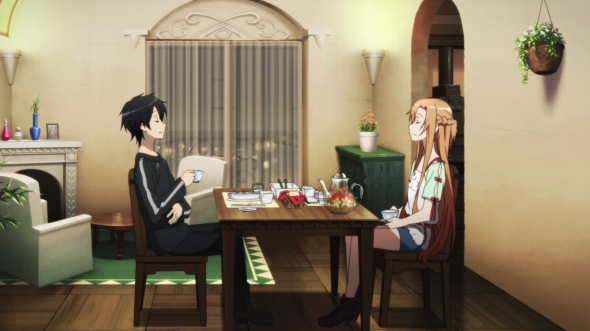 In Campione! Athena shows up again and Godou finds himself in another fight. Not with her though. A new person has entered the fray and at the moment it’s not looking to good for Godou. 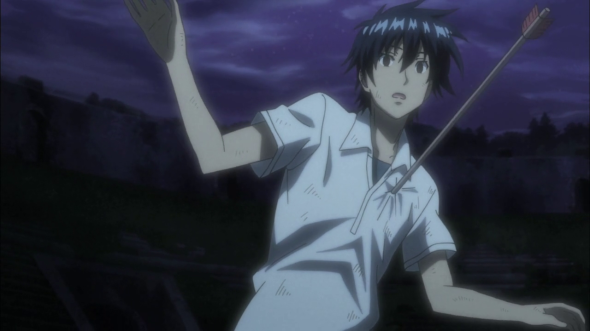 Muv-Luv gets anime of the week because of the epic rail-gun used this episode. Yes, that’s right. They get back to the fighting against the BETA and despite being Yuuya’s first real fight he does miraculously and saves the day because of dat rail-gun. Awesome rail-gun is awesome lol. 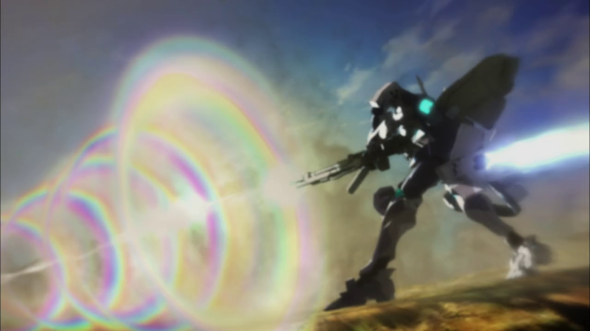 In Dog Days’ something really interesting happens that leads to the awakening of The Hero King and the Demon King, and things just got hilariously awesome from there. Events escalated pretty quickly after they were both awakened and this is one of the funny results.

In Campione! a new God has appeared and has kidnapped Yuri and that means its Godou to the rescue =)

Muv Luv wins anime of the week because of the awesome situation of being stuck in a cave with 2 hot women in swimsuits the entire time lol. I mean seriously, in this episode there were swimsuits everywhere lol. 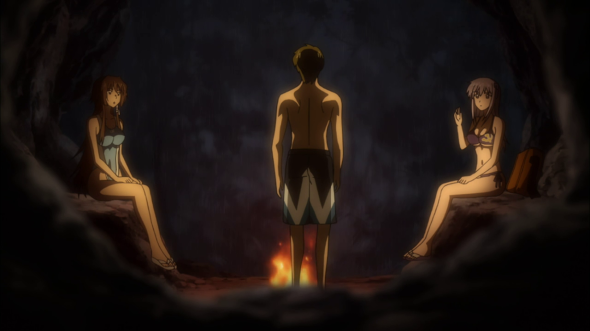 Dat ass is hot haha. Get it cause the fire is right there next to her……oh never mind =P 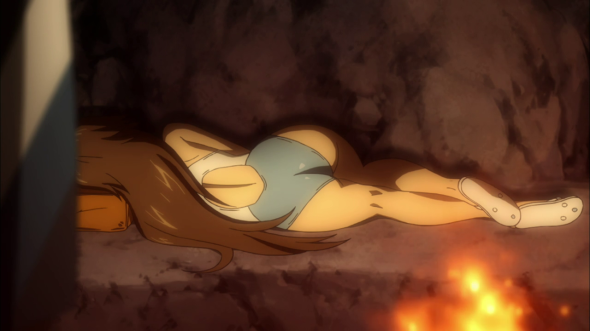 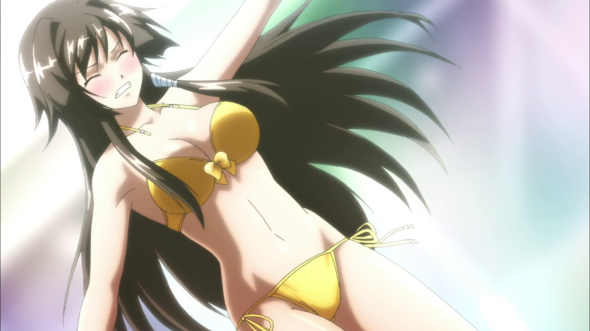 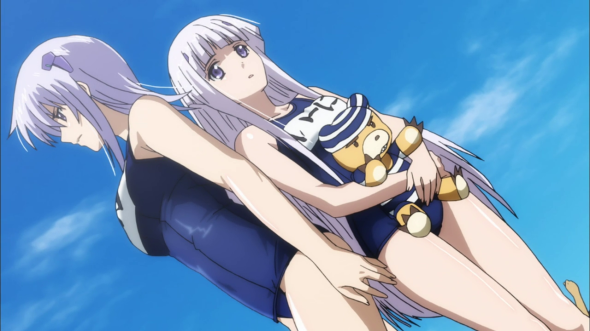