It Is Now October. It Is Officially Azure Month. {STICKY POST} 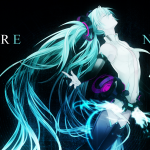 The one day of the year that officially belongs to me! =^_^=

Time and Eternity is looking better and better with each trailer in my opinion, and I’m hoping it does well for a localization. Here is the latest trailer showing off the other Toki’s friends in the game. Time and Eternity (Toki Towa) comes out October 11th in Japan this year.