They changed her name from Miul to Eira, but either way my excitement knows no bounds. Eira comes to Vindictus on April 30th! I can’t wait!

The trailer may be a bit long, but it’s worth the watch. So excited to play this masterpiece again! The game releases in the West in 2019.

Both the Dead or Alive, and the Dragonball series have recently brought new characters to light. These two new ladies are just what the doctor ordered.

My body is ready, and yes I already have my Endless Summer Edition pre-ordered. March 15th for North America, and March 18th for Europe. Marvelous is truly marvelous lol

Game. Of. The. Year. lol
Seriously I might just import this.

My first Anime Of The Week for the Winter 2016 Anime season.  END_OF_DOCUMENT_TOKEN_TO_BE_REPLACED

O_O! I NEED this. *Looks at D3 Publisher pleadingly*

One jail I wouldn’t mind going to. Hopefully this one won’t be censored if it gets released out of Japan.

Yup. Onechabara Z2: Chaos is being localized thanks to the wonderful people at Xseed. If you pre-order the game you will also get the bonus Strawberries & Banana costumes in game as well. Thank you Xseed lol. Onechanbara Z2: Chaos will be out at the end of June on the 30th this year for PS4. 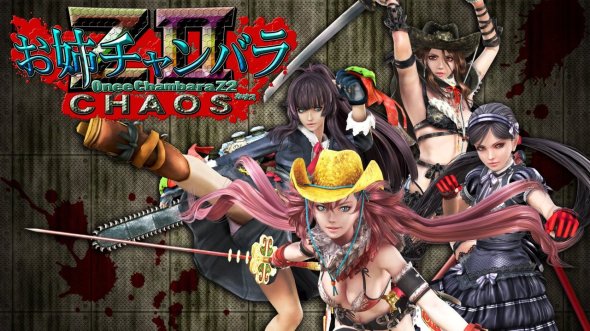 So should I buy all the DLC now and transfer it over to Dead Or Alive 5: Last Round or just wait until it actually comes out? lol

Here’s to hoping that this one gets localized this time. If not, then it’s import time again lol. Onechanbara Z2: Chaos will be released in Japan on October 30th.

They just announced that Bayonetta 2 will finally be getting released in Japan this Summer. This is good news as it means we will probably be getting in the Fall or perhaps early 2015. Looks like I’ll finally be buying a Wii U soon lol

These costumes will be out for the game in Japan soon.

Welp, I know who I’ll be playing with first =P

There’s No Crime In Watching This Criminal Girls Invitaion Video

That “Punishment System” lol. Not sure if they’ll do anything about that, but I love to see this released outside of Japan. Loved the music in this trailer as well, especially at the end =^_^=

Onechanbara Z: Kagura Is Being Ported To PS3!

Yes! It finally happened! Onechanbara Z: Kagura is in fact being ported to the PS3. No this doesn’t mean that it’s getting localized, but it does mean that we can import it now and play it on our own PS3s as the PS3 is NOT region locked. The PS3 version is set to come out on October 24th this Fall. Still hoping for a localization, but I’m definitely importing this as well =^_^=

Summer is only a short way away!